The science of
the small intestine
and causes of SIBO 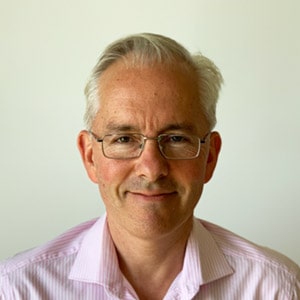 The science of the small intestine
and causes of SIBO

Small intestinal bacterial overgrowth (SIBO) is a condition that occurs when an excessive number of bacteria colonise the small intestine. A healthy small intestine is usually home to very few bacteria, about ten thousand per ml, and a person with SIBO has around one million bacteria per ml. The bacteria are often “supposed” to be in the digestive tract but in the large intestine, making stool testing ineffective for diagnosis. It can cause bloating, diarrhea, or constipation (sometimes both).

Compared to healthy subjects, the small intestine of people with SIBO contains bacteria from the large intestine such as E.coli, Enterococcus, Klebsiella pneumonia, and Proteus mirabilis.[2]

When a person eats, these bacteria begin to ferment the food and consume nutrients which causes pain and stretching of the small intestine, and that can cause a host of symptoms.

A study on small intestine biopsies in patients with SIBO revealed thinning of the mucosa and crypts and increased inflammation.[3]

• Dysbiosis: Dysbiosis is when a person’s microbiome becomes imbalanced, containing too many harmful microbes or not enough beneficial species. The ratio of good to bad bacteria has become imbalanced. Research into how different microorganisms influence the gut is still growing. Still, studies suggest that people with IBS often have fewer beneficial species, less diversity, and higher amounts of methane-producing species in their microbiome, which can slow motility.[5]

• Low stomach acid (medically known as Hypochlorhydria): Hypochlorhydria refers to low levels of stomach acid, also known as hydrochloric acid. When there is insufficient stomach acid, bacteria can travel further down the digestive tract than usual, as a highly acidic environment is required to kill them. Researchers believe that people who take proton pump inhibitors (PPIs), have autoimmune gastritis, or have undergone gastrectomy have an increased risk of hypochlorhydria and SIBO.[6] However, there is a lack of conclusive evidence on this, and low motility is a more significant risk factor.

• Structural differences: Sometimes, SIBO occurs because a person has structural differences in the digestive tract. Examples include small bowel diverticulosis, fistulas, and a shortened colon. A study in 2018 found people who have had a colectomy are more at risk of developing SIBO for this reason.[7]

• Alcohol abuse: Excessive alcohol consumption can damage the microbiome, leading to a disruption in the balance of bacteria that can damage to the intestinal walls.[8] and result in inflammation.[9]

Conditions that predispose toward the development of Small Intestine Bacterial Overgrowth

NEXT: SIBO and food poisoning as a secret root cause